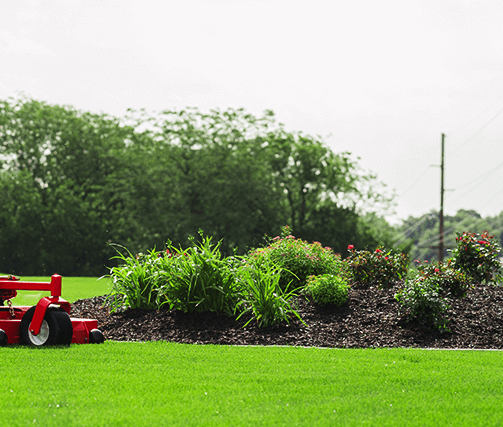 Have you ever wondered what was life without lawn mowers? Keep on reading to learn some history…

Tens of thousands of years ago, in the ancient plains of Africa, the grasses began to show their usefulness. The grasses of the African plains AKA ancient lawns, served a dual purpose.

The ancient ancestors of modern manicured lawns goes back to at least the 12th Century. Unlike today however, back in the 1200’s, there were no lawn mowers and lawns were maintained primarily by scythes and the grazing of animals.

Throughout the 16th, 17th and 18th centuries, lawns began to expand and become more elaborate. This was especially true among the wealthy classes. The desire for lawns was so intense, that in the 17th century in Europe, the ruling class flaunted their personal wealth by merely surrounding themselves with lawns.

Cleverly, these green, grass lawns were perfect for showing off castles and manor homes. Additionally, they could be used as a playground, rather than a source of food. Ergo, the lawn became one of the first status symbols. It was in the late 1600’s that legal theories about property maintenance, and property rights were first written by John Locke, an American philosopher. Leading to some of the first clues about the legal history of the lawn.

Most people don’t know this but, for most people, having a lawn wasn’t feasible. For example, here in the United States, many of the early colonists were far too busy with fighting wars and dealing with other problems to be bothered with something as time-consuming and as useless as a green lawn. Instead, they chose to use their lawns as a cottage garden with edible plants and medicinal plants.

Then it happened. In 1830 Edwin Beard Budding made the first mechanical mower. This simple machine made it easier for all people to enjoy a fresh cut lawn. By 1890 the mechanical mower was available to the general public at an affordable price.

CONTACT US! You can find out more about our other services like lawn mowing aurora and lawn care aurora.

How Much Does Lawn Mowing Cost?

How should you mow your lawn?

Lawn mowing service near me